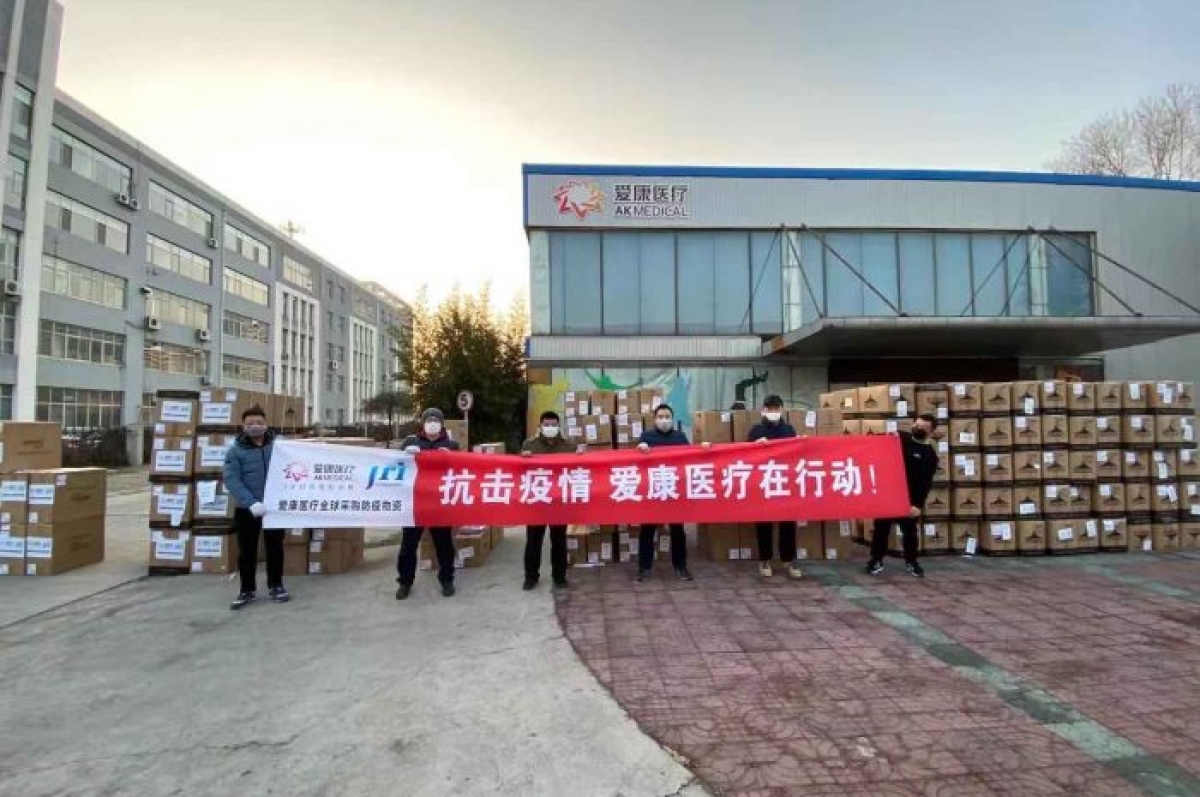 Sheffield healthcare company JRI Orthopaedics has shipped more than 300 boxes of protective equipment to China to help hospital staff fight the spread of the Coronavirus.

JRI’s parent company AK Medical, who is based in Beijing, have been part of the frontline attack on the spread of the disease.

The company, one of the world’s largest 3D-printed orthopaedic implant manufacturers, has formed a special Coronavirus emergency response team and has donated money and protective equipment to workers and Wuhan charities at the epicentre of the outbreak. which has claimed nearly 500 lives in China.

But sourcing protective equipment in China has become increasingly difficult, and JRI Orthopaedics has now stepped in to help. The Chapeltown-based orthopaedic company has sourced and shipped face masks, safety goggles and protective clothing worth more than £60,000 from across the UK.

JRI Managing Director, Jerry Agass said: “We received word that there was a major shortage of masks and protective clothing in China due to the huge increase in demand because of the Coronavirus outbreak.

“We were more than happy to do whatever we could to help our colleagues and hospital teams in China in their fight against the spread of the virus which has already claimed more than 500 lives in the country.

“Thankfully, we were in a position to help not only AK Medical but also to source enough supplies in the UK to help medical staff in several hospitals and surrounding communities in Wuhan and Beijing.

“It took us several days to secure over 300 boxes of equipment but only a couple more to get the consignment shipped out to China.”

The Coronavirus, which first emerged in the Central Chinese city of Wuhan has to date infected more than 24,300 people in China with 490 deaths alone confirmed.

The virus has spread overseas, with some 25 nations confirming cases, and the World Health Organization (WHO) has declared the outbreak a global health emergency. More than two dozen airlines have suspended or are restricting flights to China.

JRI Orthopaedics has world-class expertise in the design, development and manufacture of a portfolio of orthopaedic implants and systems which aim to deliver the best solutions in joint reconstruction, repair and regeneration.

The multi-award winning company, which is celebrating its 50th anniversary year, is part of the AK Medical Group.

We use cookies on our website. Some of them are essential for the operation of the site, while others help us to improve this site and the user experience (tracking cookies). You can decide for yourself whether you want to allow cookies or not. Please note that if you reject them, you may not be able to use all the functionalities of the site.